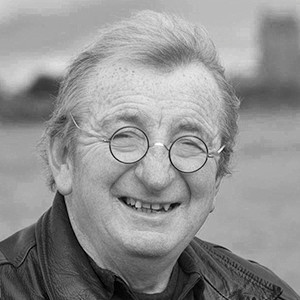 For the last thirty five years Nutan has worked as an editorial photographer for most of the worlds photo-oriented magazines. He has lived wherever stories led him, travelling all over the world covering current affairs.

He has had, to date, 16 books of his work published and many of his images have been used by Irish and American musicians for their album covers.